‘Dimension stone’ is stone industry terminology for stone that is extracted by laboriously sawing it out in big blocks (as opposed to chunks of sandstone that are either blasted or ripped out with a claw on the end of an excavator).

Grampians sandstone quarry is (we believe) the last remaining dimension sandstone quarry in Victoria and has been operating on and off for over 150 years. The quarry supplied stone for a number of important colonial buildings in Melbourne and around Victoria.

Once upon a time, however, there was another sandstone quarry, just up the road near Halls Gap,  that also produced magnificent sandstone building stone and freestone. Its well worth a visit. 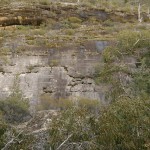 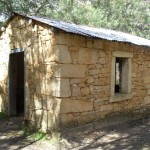 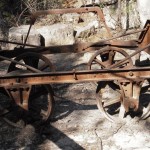 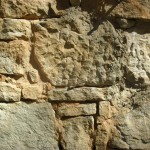 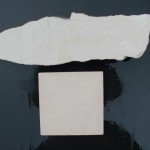 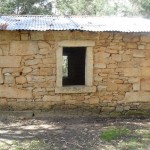 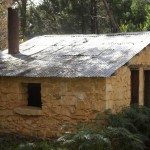 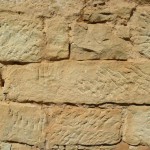 We’re talking about Heatherlie Quarry, which opened in the 1860’s and after periods of boom (1880’s) and bust eventually closed in 1938.  Mt Difficult sandstone was so good and the demand at the time so great, that in 1888 plans were drawn up to build the township of Heatherlie nearby, based on the expected local employment and revenues from the expanding quarry. House lots were pre-sold and the town even began appearing on maps.

Unfortunately, the end of the gold rush and the end of the economic boom that accompanied it, meant that the town was never built. Demand waned and the quarry struggled on until, in 1938, nine years after the Wall St crash, it finally closed.

Anyone heading up to the Grampians should enjoy a visit to the abandoned Heatherlie Quarry. Now a valued part of the Grampians National Park, the rustic sandstone houses and sheds, built by the original quarry workers, have been re-roofed and the stonework has been repaired (though you can still see all the marks from the original stonemasonry hand tools in the stone).

All old, steam driven machinery is there rusting away as well. It’s as if, one day, they just downed tools and never came back.

Hope you enjoy the pics.

View all posts by Wayne Dennett →